Well, it just had to happen at some point ... here is a brief discussion of some of the more obscure details pertaining to the JIM ADS, a better title may have been ‘the geek page’!

Granted, these are things that only certain people might want to know, but hopefully they will also be of some amusement to others.

FOR THE TECHNICALLY MINDED

Some detailed specifications for the JIM, SAM and JAM suits are shown in images 1-3 below which are excepts taken from the DHB Construction Ltd Manual (as are images 5, 6 and 7). You can see they have the Lloyd’s Register of Shipping stamp of approval on each page. Image 4 shows a completed magnesium torso with the X and Y co–ordinate fitting measurements written on it. Image 7 gives you an idea of the JIM suit’s complexity and Andy has kindly responded below to some of the ADS urban myths in circulation at the time.

Urban myth 1: Magnesium becomes even stronger when compressed and therefore JIMs could actually dive to a greater depth the older they got.

‘[...] my understanding is that because the magnesium alloy torso is not uniform in wall thickness and not 100% symmetrical, different areas vary in strength. The ‘weakest’ part is the flatter area under the arm apertures. When a new magnesium alloy torso is first proof (pressure) tested it often exhibits alarmingly high stress values in the areas under the arm apertures. (The torso for either 18 or 19 was such a case, I cannot remember which, though.) Before reaching proof pressure, the pressure is backed down and cycled a couple or three times which results in some ‘cold working’ of the material in that area and subsequent application of the proof pressure (operating pressure + factor of safety) gives satisfactory stress values (via the strain gauging) in the area of concern. I am not sure it is accurate to say that the JIM could dive to [sic] greater depth with age. I doubt that is the case if it is used considerably short of its maximum operating depth; perhaps there is some truth in this if the suit is proof tested during its working life.’

Urban myth 2: The person who undertook the magnesium castings was retiring and therefore it was necessary to move away from that material.

‘I suspect the answer to that is ‘partly true’. I remember that when we had the torso manufactured for JIM 18, Stone & Co has just been absorbed into a new company and looking back on their history, I should imagine that some people were made redundant at that time and others took early retirement. Either way, a lot of specialist knowledge and experience would have been lost. I still maintain that the main reason for wanting to replace the magnesium alloy is the way that it disappeared [...] as soon as you dunked it in seawater if the protective coating was not 100%. The worry always was, just like crevice corrosion in austenitic stainless steel, there often was a lot more hidden activity going on than could be seen.’

FOR THE SIMPLY CURIOUS

You may think that footwear is a bit of an odd subject to be discussing in this context, but we all know that what we wear on our feet can influence our wellbeing and this was no different for JIM. Initially JIM was not fitted with any type of footwear, but unsurprisingly it turned out that an amount of traction was going to be necessary for certain surfaces, so we made some rubber soles to stick on the bottom of the feet. During the Arctic trials JIM was provided with snow shoes to allow more mobility and stop the suit from sinking in the soft bottom. To facilitate swimming what else but a pair of flippers was needed. In the video below you see a clear view of the flippers as JIM turns upside down. They worked remarkably well.

JIM Gets a Grip

Earlier in this website it was mentioned that the finger manipulators were not particularly suitable, which might seem a bit difficult to believe at first. However, the trials clearly demonstrated why the manipulators, that were eventually fitted, proved to be the most practical and popular solution to the dexterity problem. In the video below you can see the finger manipulators in use followed by the preferred manipulators. The latter were stronger and allowed a greater range of movement making them more effective in dealing with the variety of set tasks.

Watch the video of JIM’s swimming and dexterity trials credited to Tony Gisborne, RNPL. Apologies for the rather poor quality of the video in places, but this is due to the age of the filming.

In image 8 you can see a brand new, yet to be labelled, JIM 18 complete with the acrylic (sometimes referred to as ‘plexiglass’) dome, as shown in image 5. What actually happened was that the magnesium dome, illustrated in image 6, was not ready at that time so a WASP dome had to be fitted instead and it proved to be much better because of the increased visibility. Strange, how some of the best ideas occur almost by mistake! 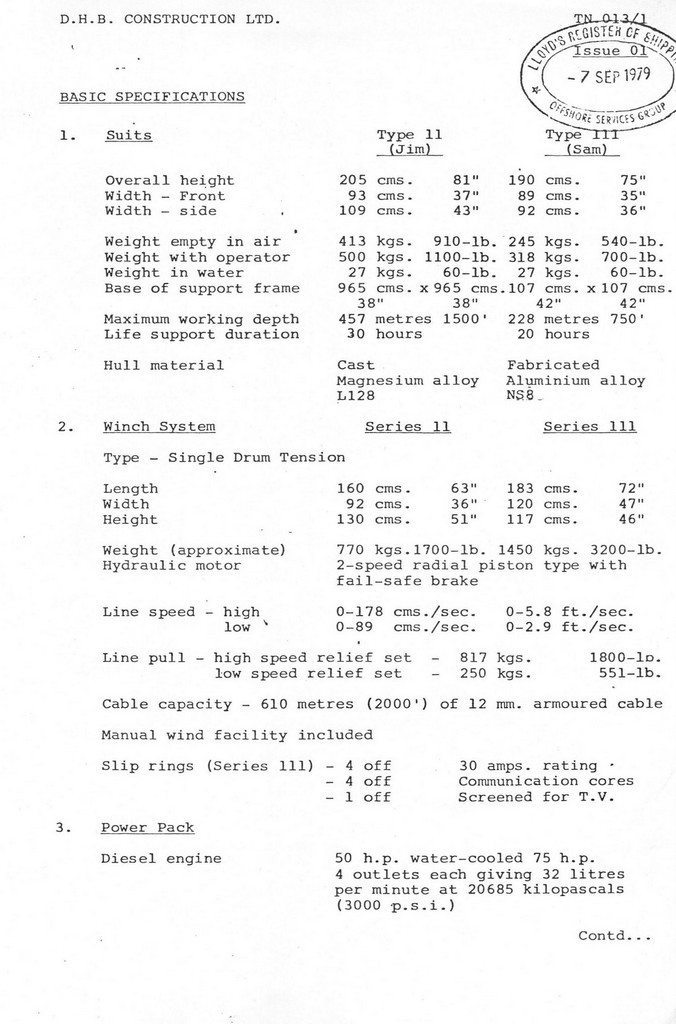 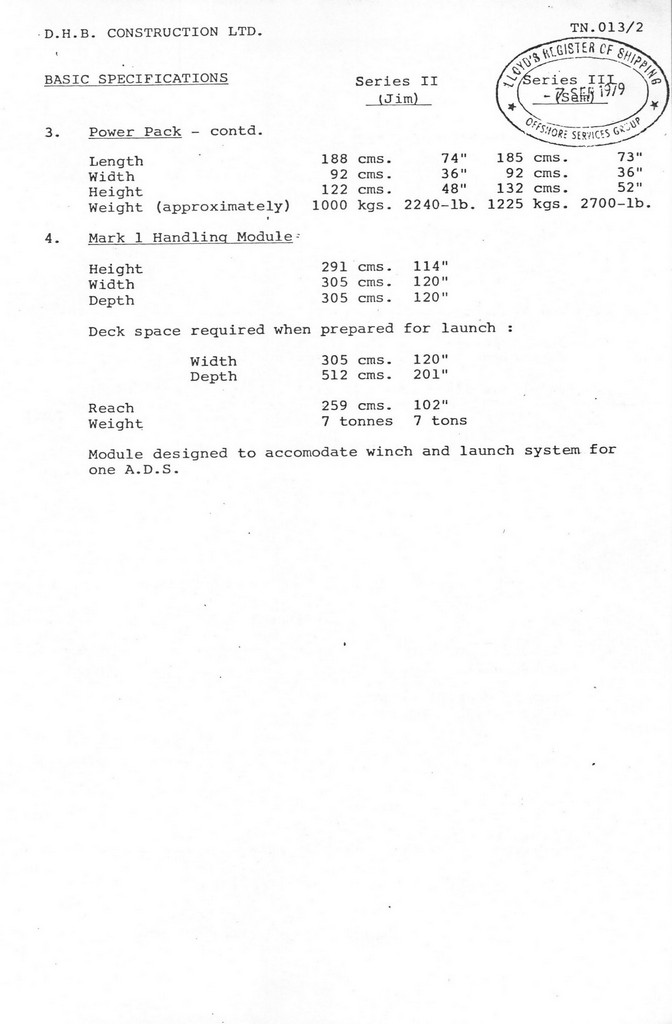 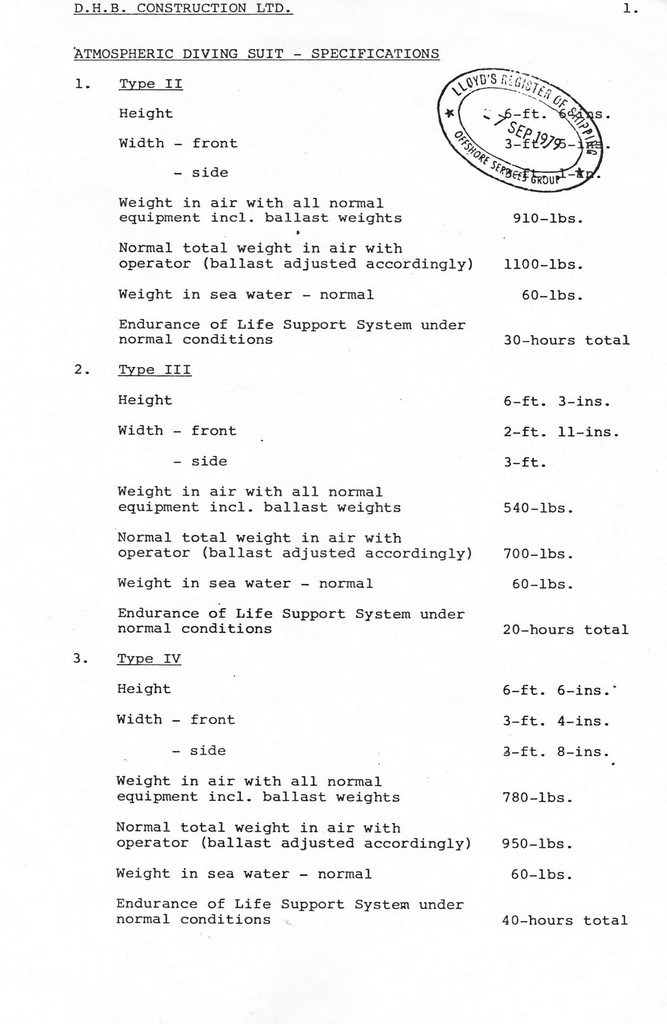 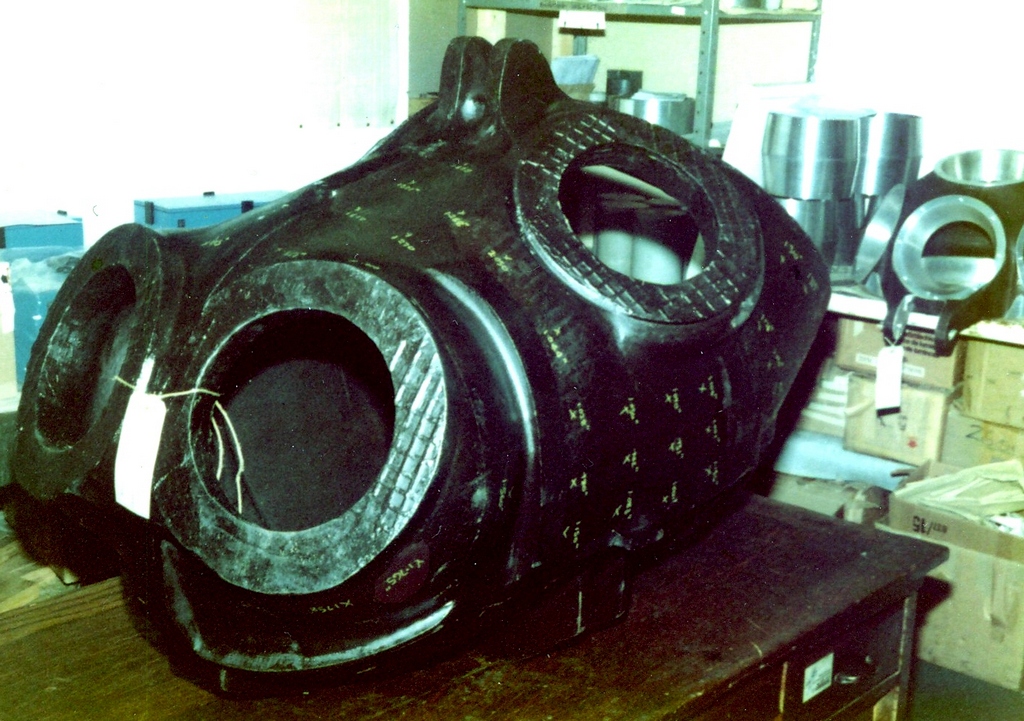 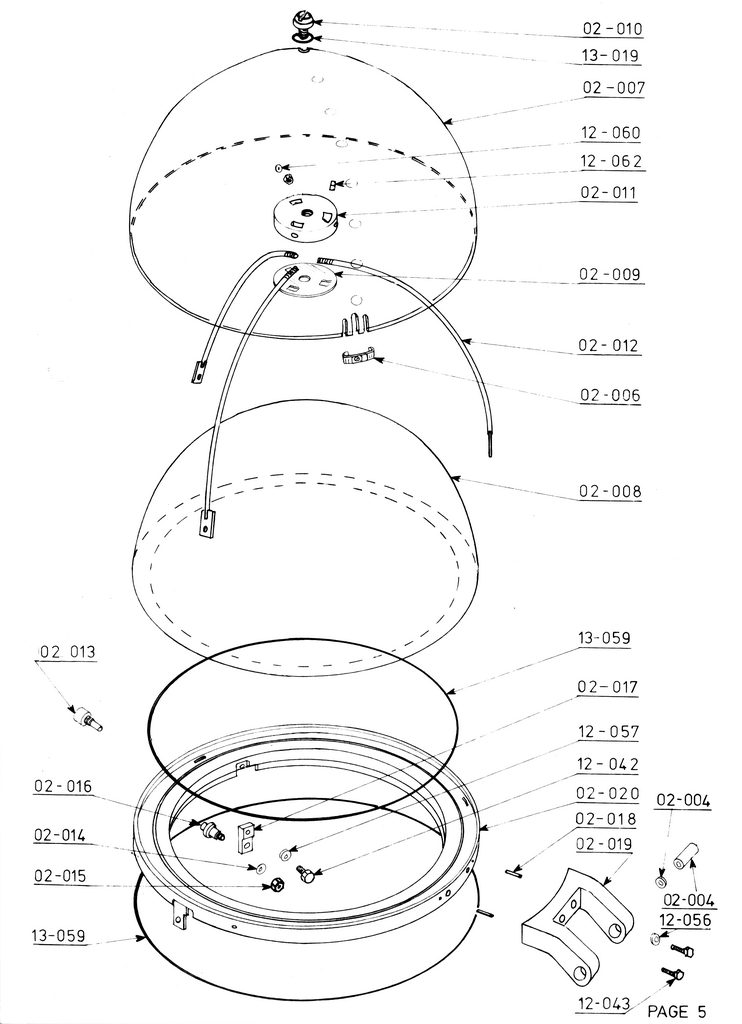 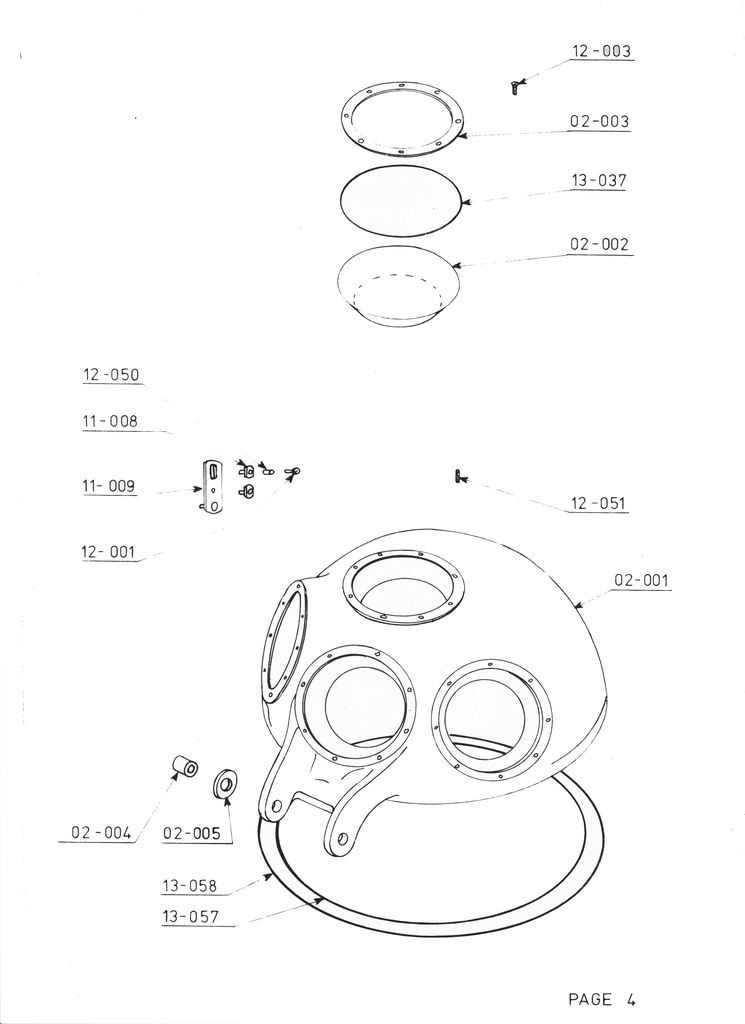 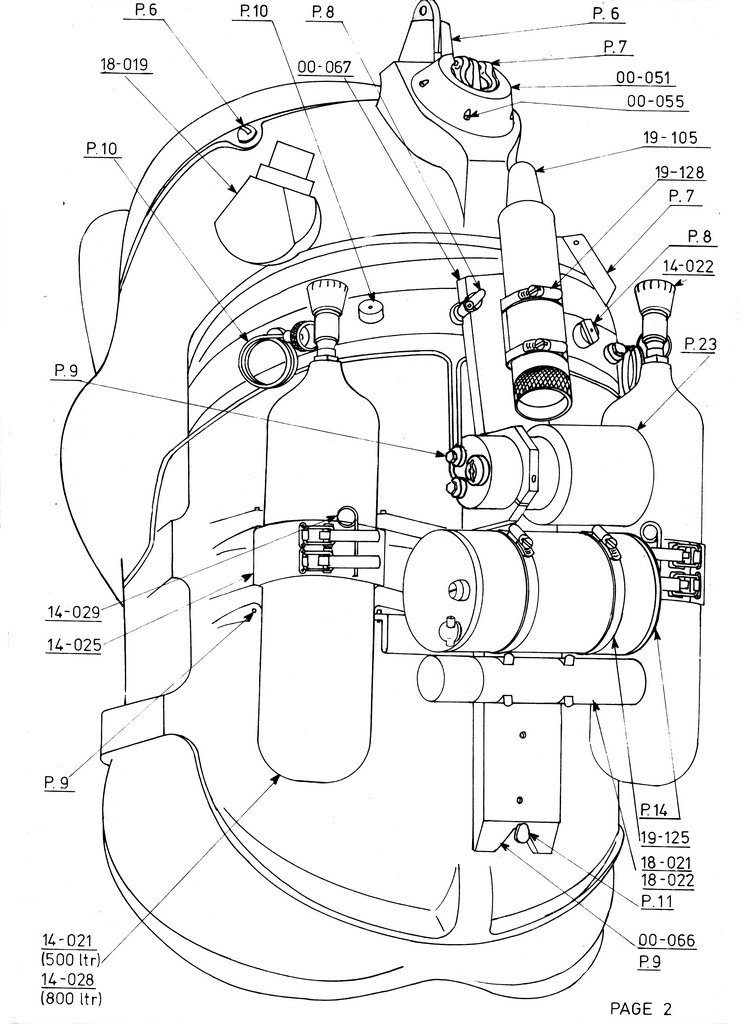 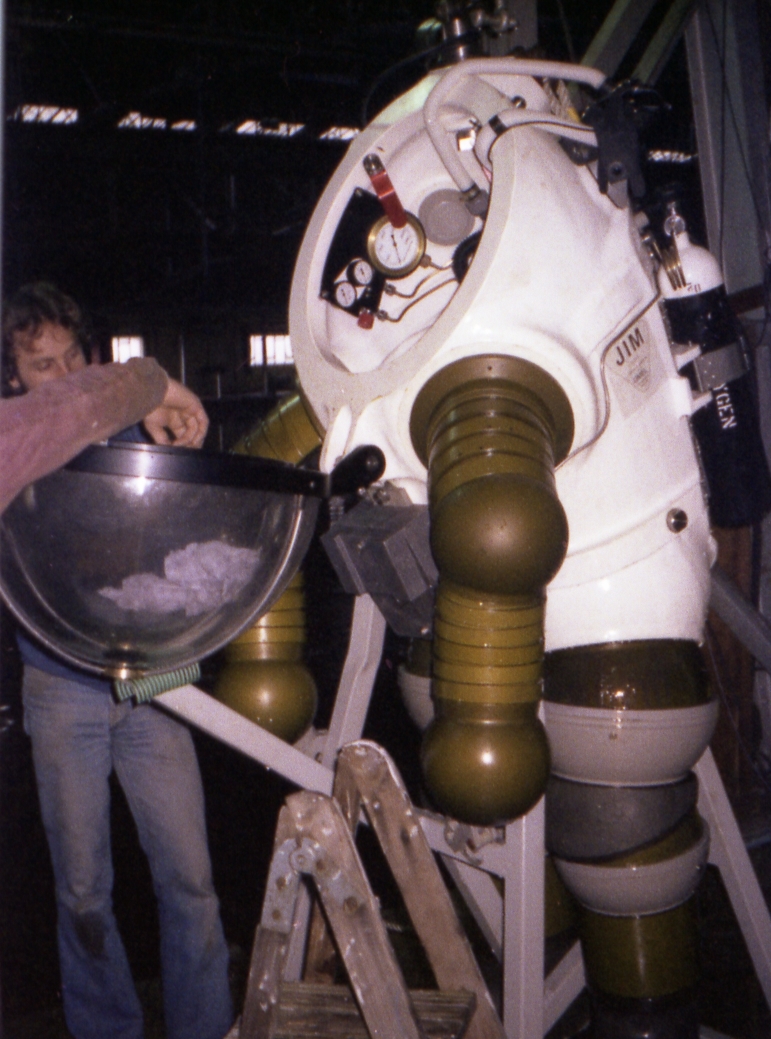