The Royal Naval Physiological Laboratory was formed during WWII to deal with the decompression issues encountered by tunnel-workers and divers. By the 1970s the Royal Navy was shrinking but the need for a deep sea diving capability, particularly in the North Sea, was what saved RNPL from closure.

A simulated, and at the time world record, dive to 2165 ft (660 m), carried out by scientific staff Mark English and Martin Garrard, was just one of the establishment’s many achivements.

The JIM Atmospheric Diving Suit (ADS), so named after chief diver Jim Jarrett who tested JIM’s forerunner TRITONIA, was designed to enable a diver to work safely and at greater depths of up to 1500 ft (457 m) without the need for decompression.

In 1975 the ADG was tasked with the evaluation of JIM and the training of divers in its use. By 1986 the project had been abandoned and all the equipment handed over to the Directorate of Marine Salvage (DMS). JIM continued to be used commercially until 1995.

The core members of the team consisted of Tony Gisborne and Richard Castle, both from RNPL. Depending on the requirements, Angus McInnes from the Experimental Diving Unit (EDU) often joined us and in the latter stages of the project Mike Plaskitt, also from RNPL, paid the occasional visit.

The picture on the right shows Richard Castle (in the bottom row, second from right) with trainee DMS and RN Clearance divers. The picture is courtesy of Richard Head who appears in the top row on the left and well, do you recognise anyone? 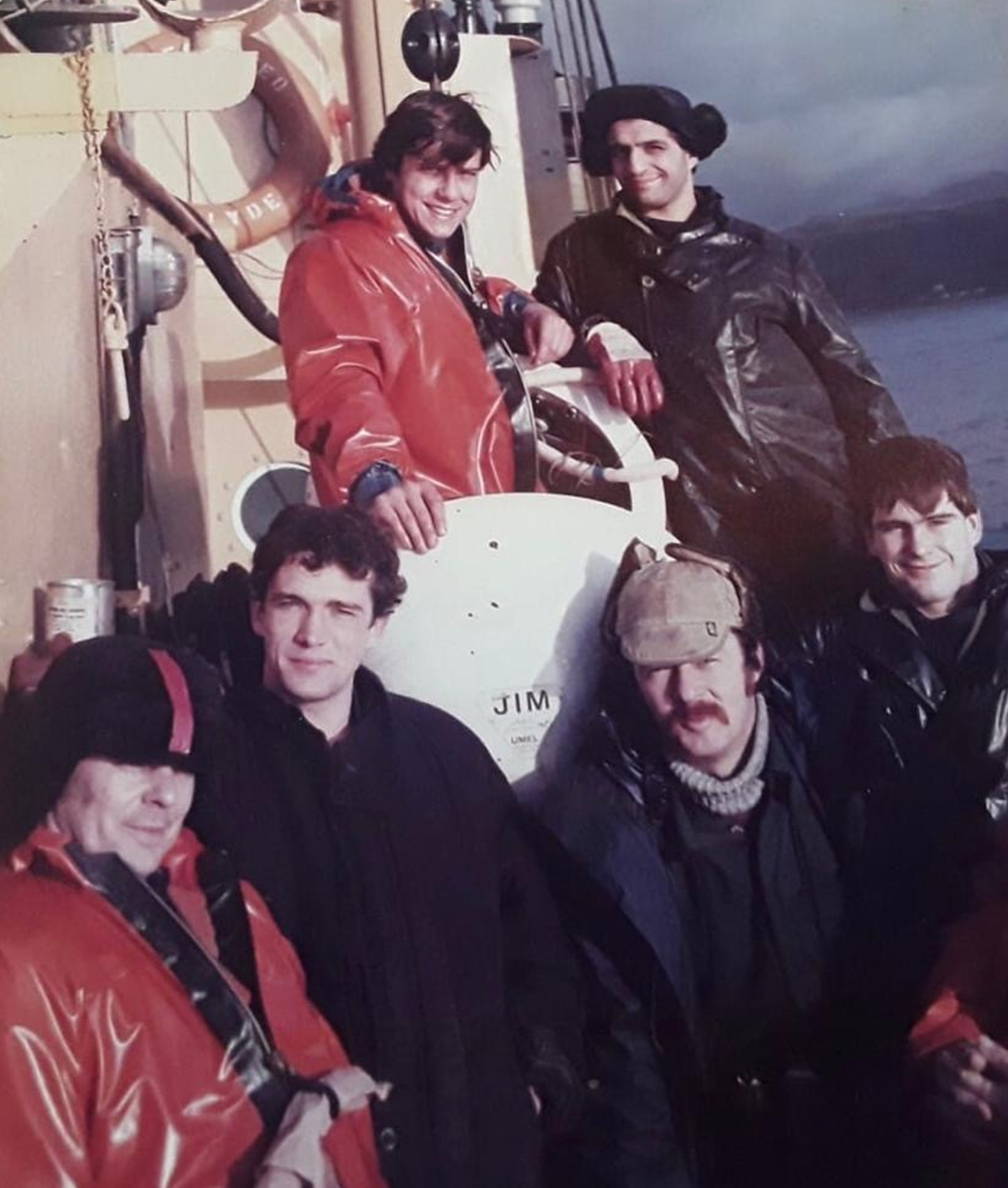