The Making of JIM

As with most things you seldom get it right first time but there has to be a first time for everything. Sometimes things will work and sometimes they won’t, it’s a learning curve.

However, an idea will stand or fall on its own merit and the JIM suit is no exception. The longevity of its success, the influence it had on the designs that followed and the general interest it still maintains today is testament to the insight of its creators.

So here is an acknowledgement to all those whose skills and expertise were instrumental in the design, production and development of a vision, in other words the making of JIM. Credit is given to the fascinating images (all taken at the UMEL factory in Bordon) and detailed accompanying information provided by Andy Price and Mike Webb.

Clive Hood (Design Engineer and Manufacturing Project Manager for the USN Project) and Andy Price (ADS and Camera Technician) are seen in the inspection area circa 1982 in image 1. They are discussing tolerancing isues with spur gears used in the thruster pack transmission (also common to the SEA PUP RCV). Note the stack of ‘gimbal’ rings used in the later ADS arm assemblies.

Mike Webb’s notes on the development of the rings are shown in image 2. Test dives were carried out at HMS Vernon prior to the dives under the Arctic ice (more about that in a future update). Mike states that these prototype arms did not have the gimbal ring to hold them together so, in order to take the weight of the arm when on deck and stop them falling apart, a bungy cord had to be hooked to the manipulators inside the arms. The Arctic dives, with the first production non-gimballed, electroless nickel-plated, arms took place in May 1976. Mike mounted the oil pressure intensifiers on the bottom of the oxygen bottles using a PE sleeve and jubilee clips. As the notes indicate, he worked on the development of an improved gimballed arm design from June 1976-1977. During this time he also worked on legs using a similar design, the notes include some hip ring dimensions.

Images 3, 4 and 5 have all been taken circa 1984. Image 3, from Mike Borrow’s collection, shows Bill Tottle Jnr (Machine Shop Manager) on the left, and Tom Hadaway (Storeman) on the right sorting Lloyds Register traceable aluminium alloy billets ready for machining. In image 4 Peter Geoff (Universal Miller) is at an early stage of roughing out a solid billet of aluminium alloy for a knee enclosure. Image 5 shows Glynn Martin (Centre Lathe Turner) during the roughing out of limb components. As you can see this produced large amounts of aluminium swarf which had to be cleared, sometimes several times a day, and bagged up for recycling.

The first rings can be seen in image 6. In image 7 a box of arm rings recently returned from hard anodising are shown on the left with hand enclosures on the right ready to be boxed and sent for anodising.

In image 8 Percy Newman of Plastechnol Ltd (Farnborough) is standing next to the first CFRP torso for the JIM 20 (USN1) and JIM 21 (USN2) project, circa 1983. 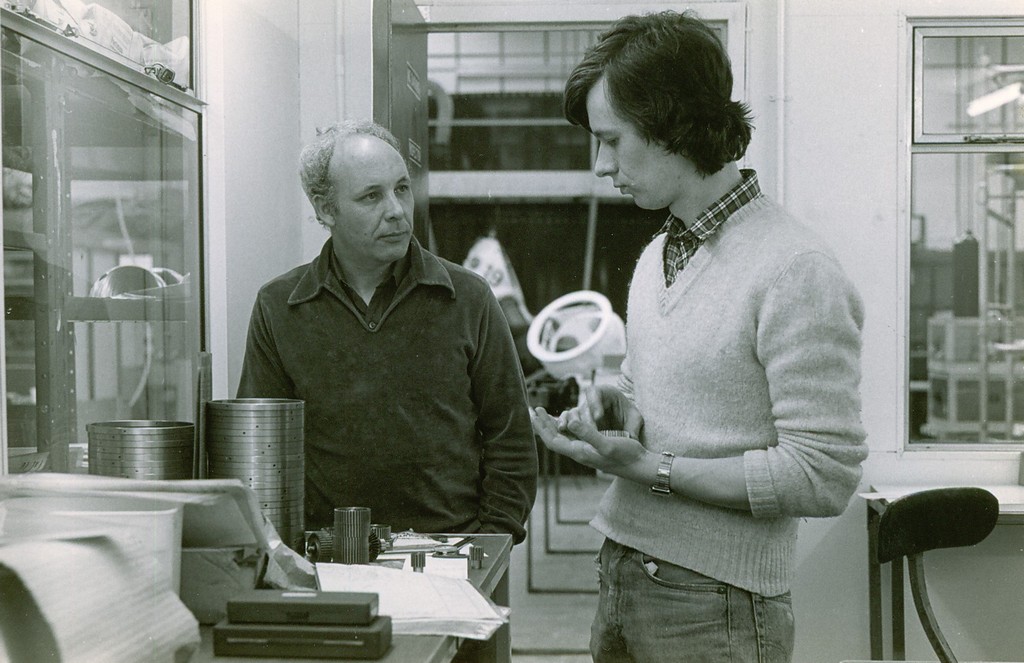 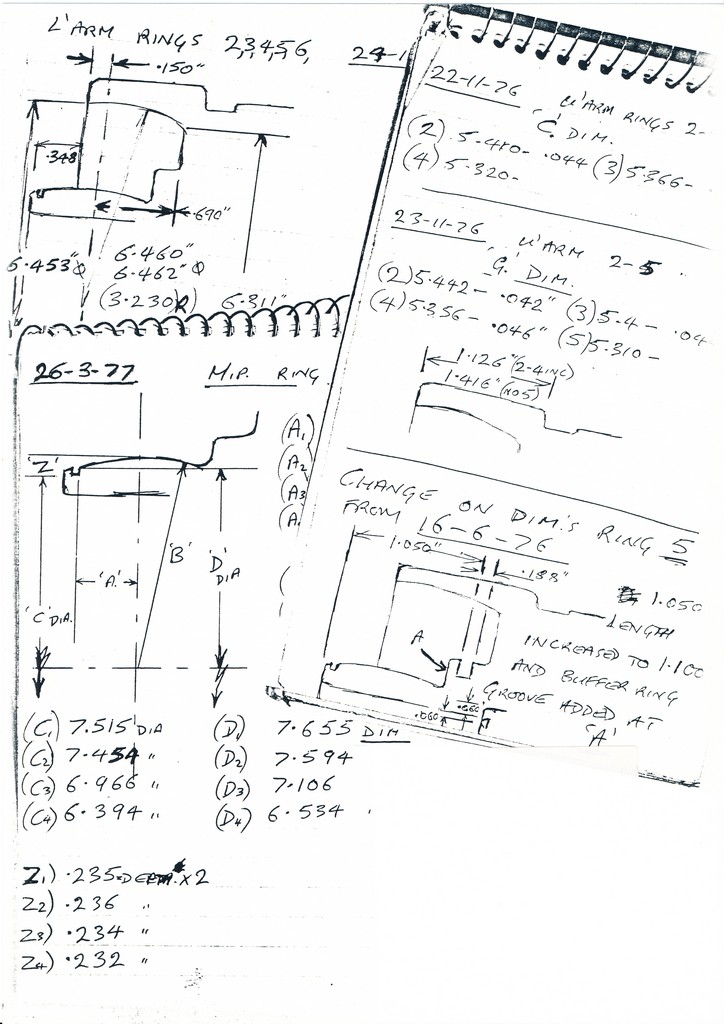 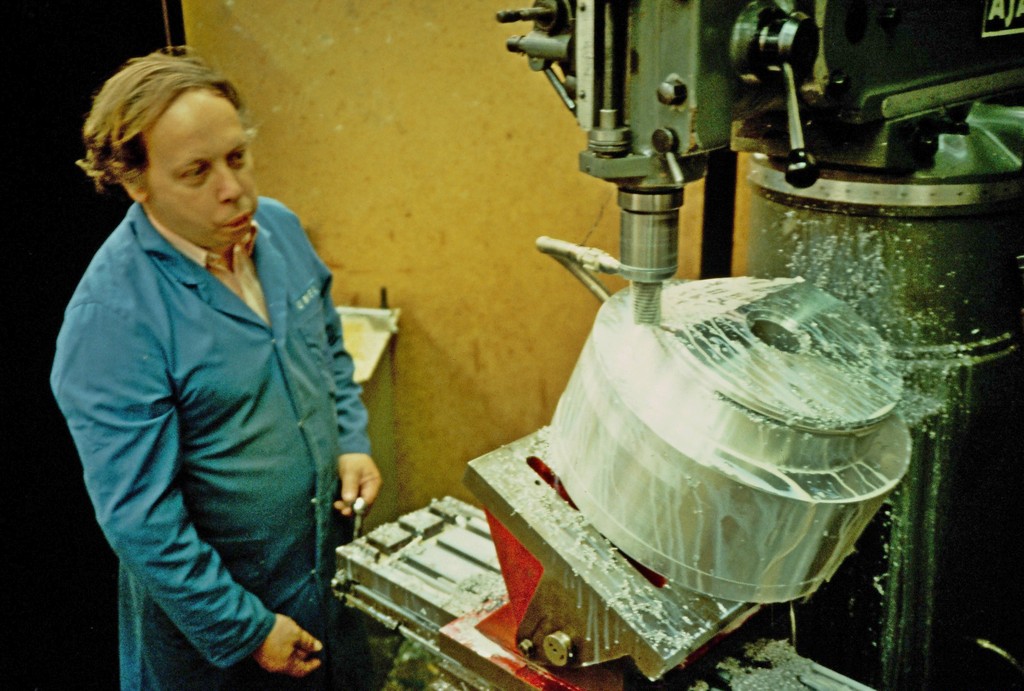 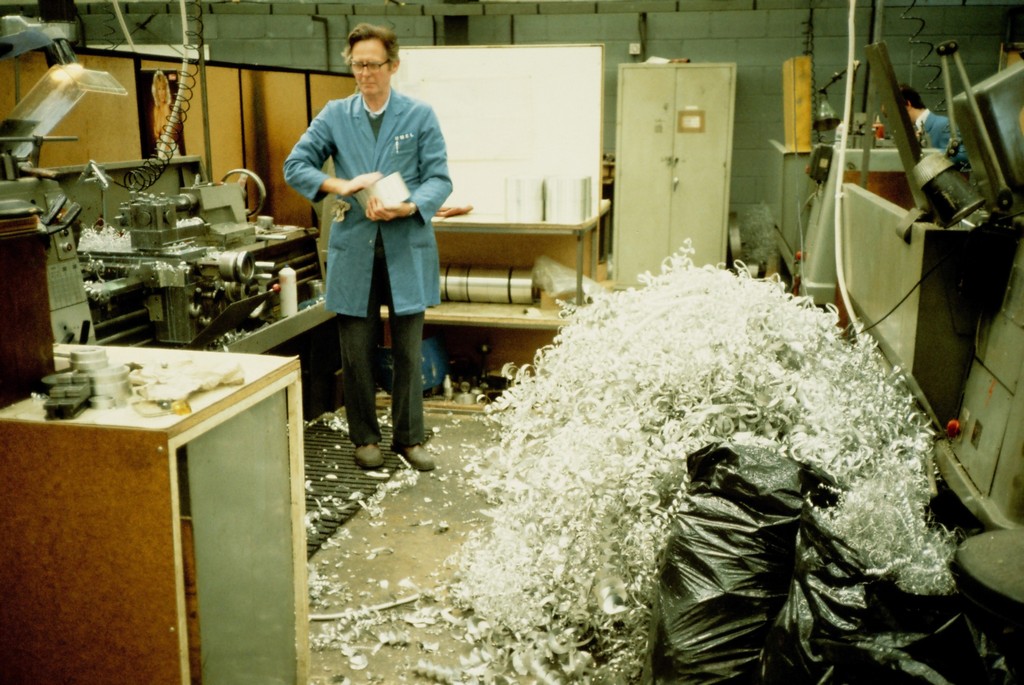 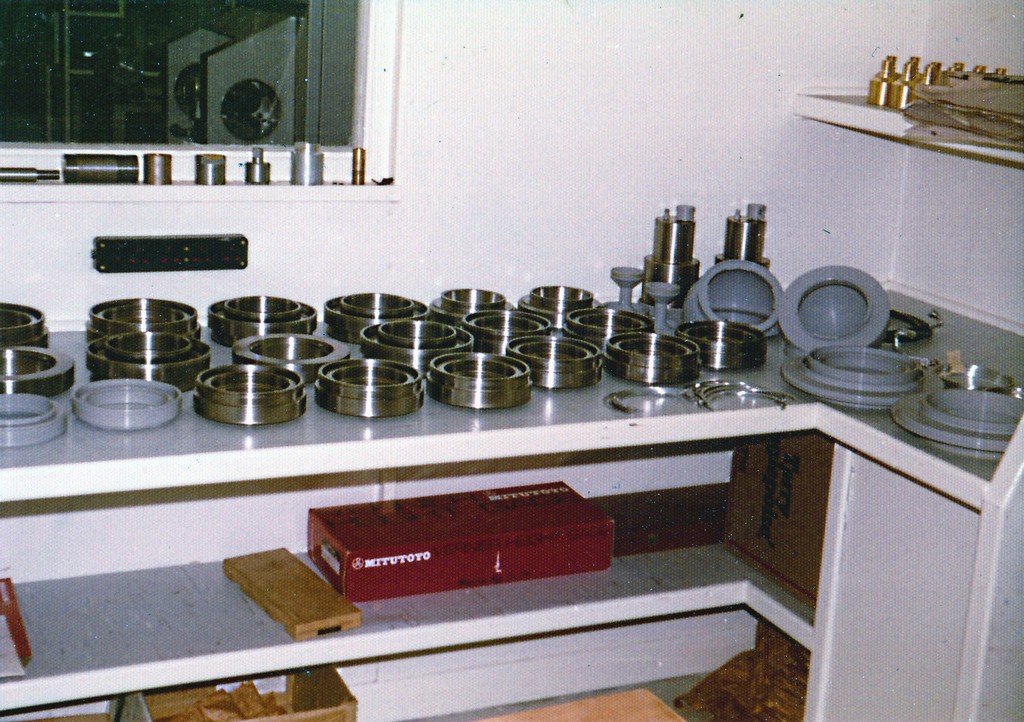 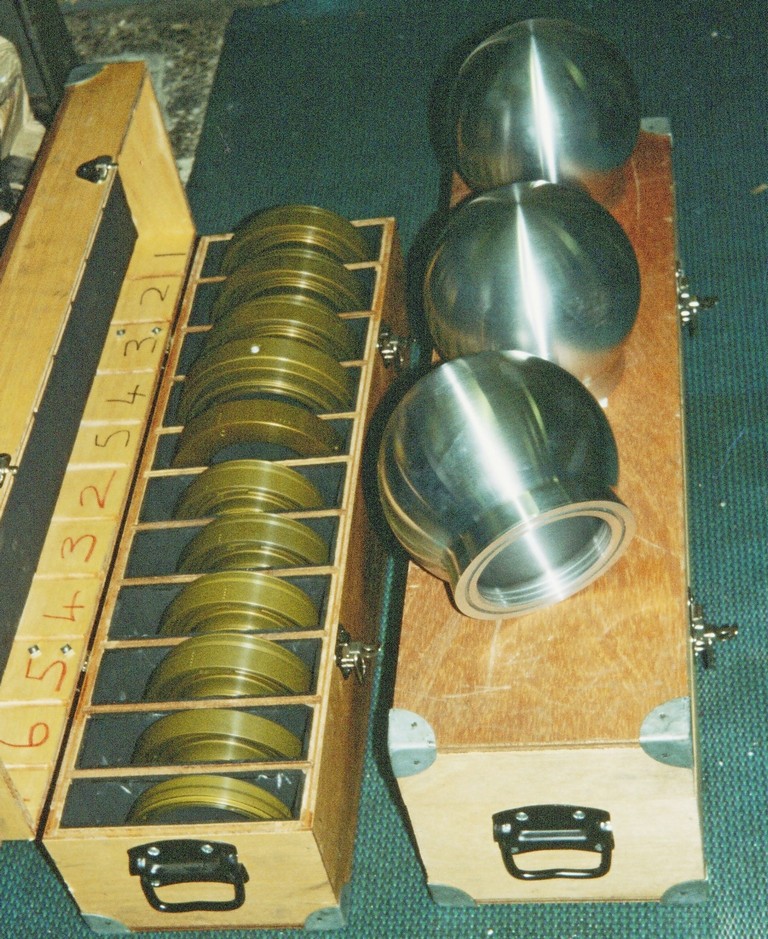 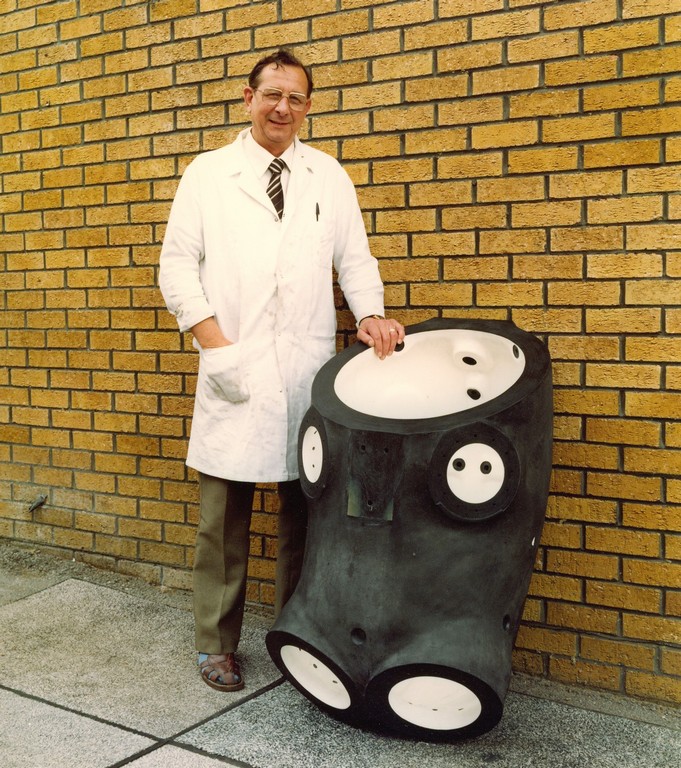